First National Bank Foundation and Botswana Power Corporation (BPC) have officially signed a Memorandum of Understanding for their partnership towards a Corporate Social Investment initiative that has an objective to empower primary school children at remote areas with Solar Backpacks to support their learning at home on 29 August 2018. The signing ceremony opened a gateway to the official launching of the Solar Backpacks by the Assistant Minister of Local Government Honourable Botlogile Tshireletso on 22 October 2018 at a Primary School in Kavimba in the Chobe District. The Solar Backpacks have been embraced by the Ministry of Local Government which oversees the welfare of rural areas in Botswana, the Ministry under which the targeted primary schools are supported. 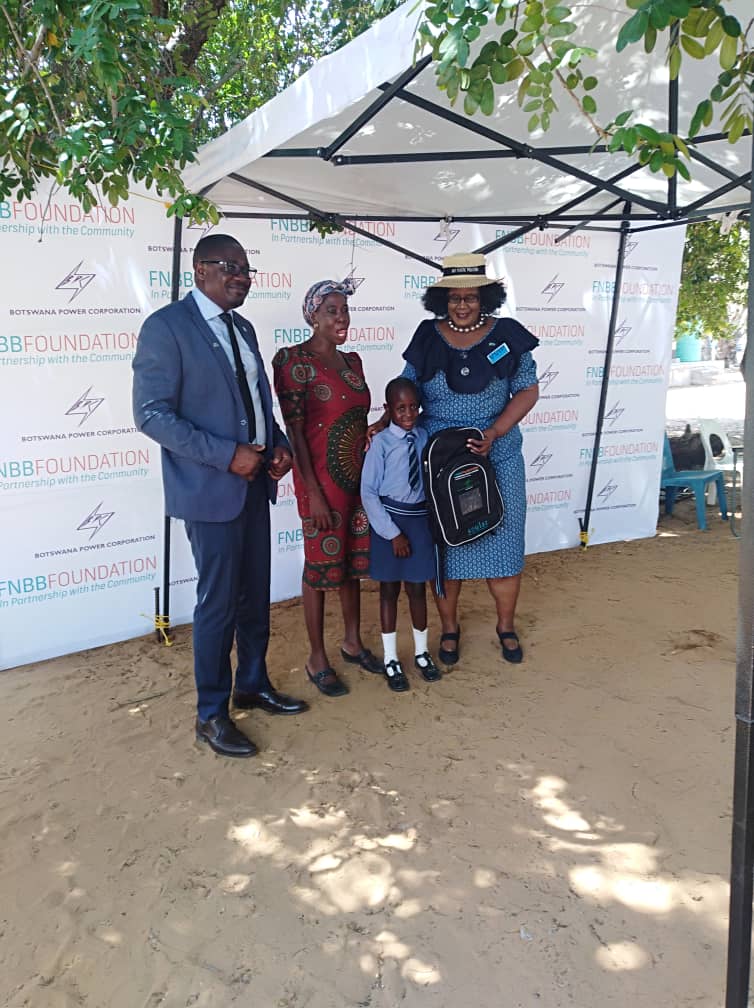 The Solar Backpacks will be further rolled out to Primary Schools at other regions of the country namely Kweneng, Kgalagadi North/ Hukuntsi, North East, North West, Central and Southern. The FNBB Foundation and Botswana Power Corporation target to have distributed 3000 Solar Bags countrywide by the end of the 2018 calendar year.
The Solar Backpacks are made such that students can comfortably carry their books to school while at the same time the panel attached to the bag charges in the sun during the day so that the light bulb encased within the bag produces enough light to aid during studies at home in the night. 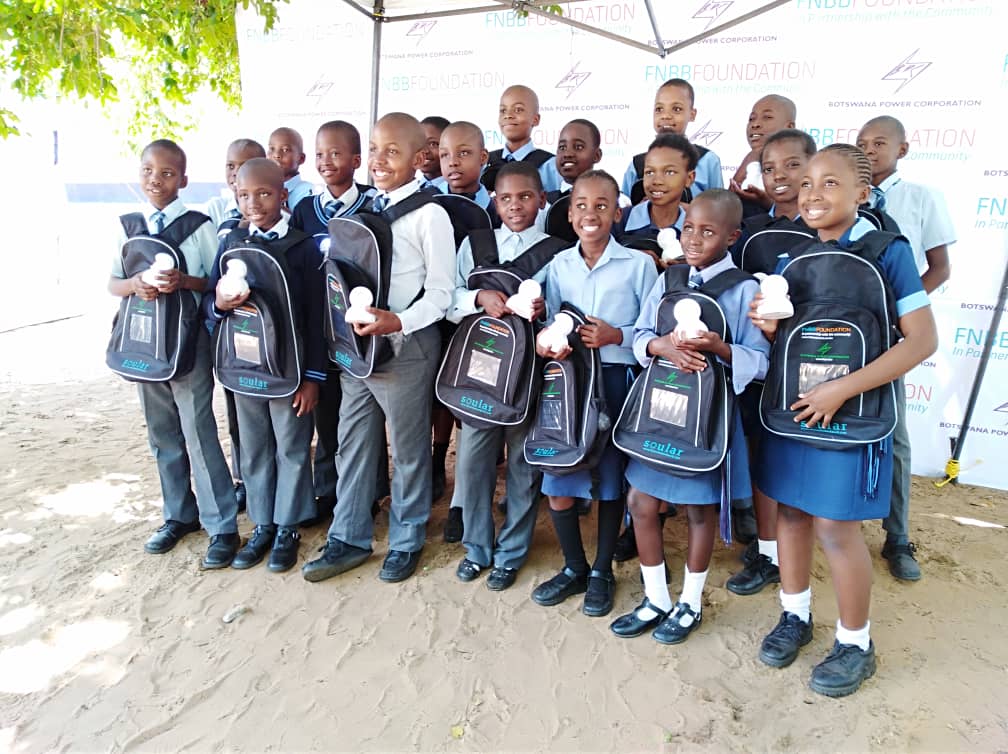 The two (2) entities have a common strategy to empower youth across the country through their Social Investment mandate and this they have demonstrated individually in their previous projects across Botswana. It is through this common intention that FNBB Foundation and Botswana Power Corporation have jointly ventured into a unique approach to supporting the development and growth of primary school children in as far as improvement of academic performance is concerned.

Over two billion people live in countries with unaffordable internet