Local farming enterprise, Bushra Kalahari Reds, did not only steal the show – they stole all the shows! Bushra emerged most victorious throughout this year’s season of agriculture and farming shows. This includes district shows held in Ghanzi, Serowe, Molepolole, Kanye, Lentsweletau and Letlhakeng, as well as the National Agricultrue Show held in Gaborone. 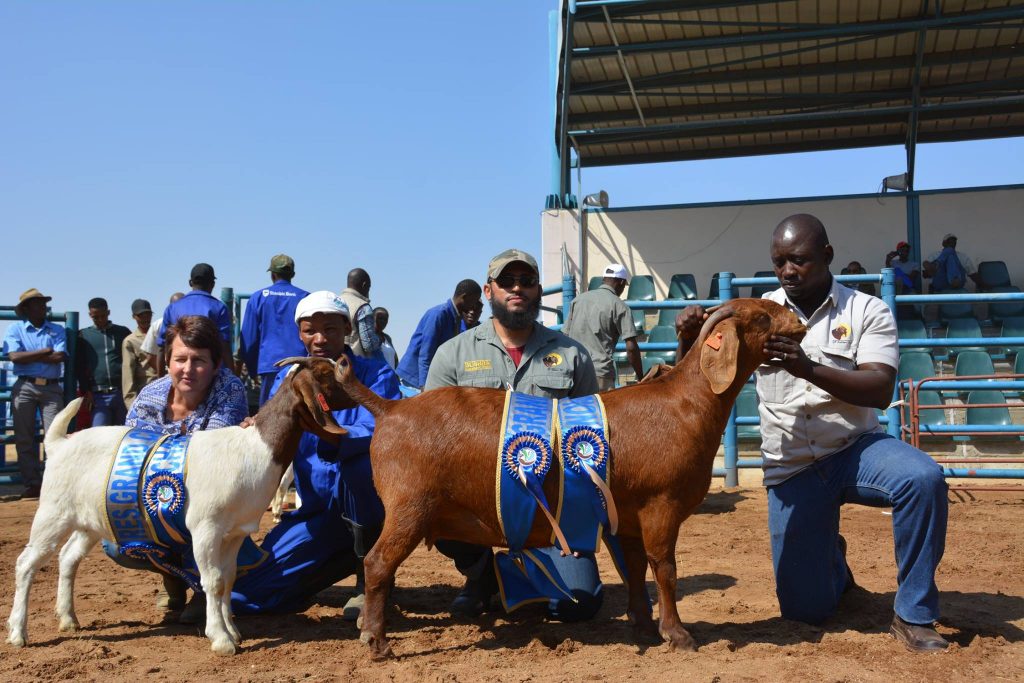 That’s 7 successive Grand Champion nods! Bushra’s Sethula Sethula and Omphemetse Villa were also recognised as amongst the Best Handlers at this year’s National Agriculture Show, a second consecutive recognition of this sort for Sethula Sethula who was the best handler in 2016 as well.

With this year’s season of agriculture shows held during a short period, shows took place in quick succession, which meant splitting show animals per destination, something Bushra’s owner, Faheem Kala, was more than prepared to do. 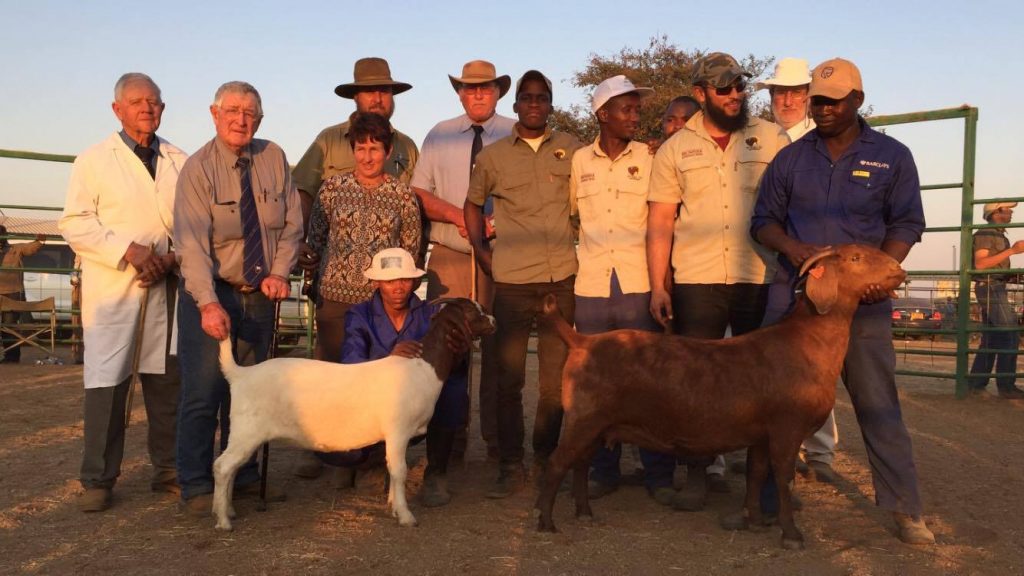 “It has been a very hectic and very intense few months, with the shows being held one after the other. The sheer geography and need for animals to be prepped and rested after long travel was a big factor. We split our team and our stock, and that was that!” What was even more impressive was that Bushra came out victorious in all the various shows using different goats each time, thus showing the deep quality throughout their herd.

Bushra is no new player to the small stock farming scene, having made a name for itself over the years to great acclaim. Kala has fast become known in the local and even regional farming community for driving impeccable genetics and breeding skills, all the while serving and a contributing and compassionate farmer to his fellow breeders.

Bushra Kalahari Reds is a registered stud breeder, and a member of the SA Boer Goat Breeders Association. Indeed, those present for judging and inspections at the National Show witnessed firsthand a stud inspection being carried out of the Bushra goats. Notably, every goat inspected made Stud grade.

“Working with the Association and with our fellow farmers is key. We are privileged in Botswana to have a great deal of support from both the public sector and the private farming community, but there is still much work to be done. This is particularly when it comes to the Kalahari Reds breed. Education, training and access to information are therefore paramount,” Kala said.

To this end, Kala often showcases and presents on Kalahari Reds, including at this year’s Mookane Farmer’s Day.  Bushra has also played host to the highly reputable SA Kalahari Reds Junior Goat course, hosted for the first time in Botswana in 2016.

Speaking to his incredibly victorious 2017 show season, Kala humbly credits God first, followed by his team, the various organisers of the shows, and the Ministry of Agriculture for their support in growing the local agriculture community. “This is a team effort for Bushra, and we are tremendously humbled and grateful for the support we have received. We have a lot further to go, and more to learn, but it is truly an exciting journey,” Kala said.

Otlhabanye to represent Botswana at the Annual Curators Meeting in Geneva