CA Sales has released an exciting trading update in which it expects its earnings per share (EPS) for the year ended 31 December 2017 to increase by between 7.3 cents and 8.7 cents per share. This is an increase of between 24% and 29% in comparison to the EPS of 27.1 cents reported in the previous corresponding period. 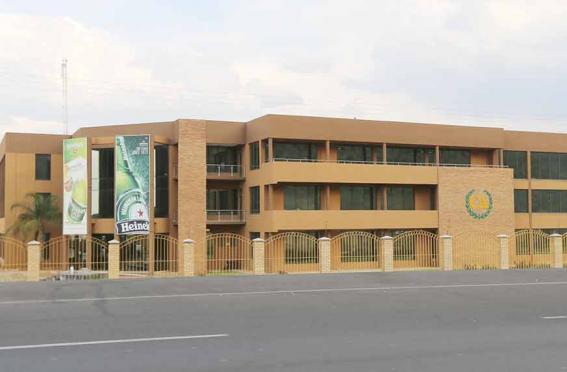 As a result, CA Sales headline EPS are also expected to increase by between 6.3 cents and 7.6 cents per share, an increase of between 24% and 29%. The results are expected to be out on or before 31 March 2018. CA Sales Holdings is the holding company of business operating in the Fast Moving Consumer Goods industry through Southern Africa, with presence in 8 countries. The company’s business model is centered around the distribution of goods to retail outlets, offering its clientele services such as warehousing, merchandising, distribution, debtors administration, marketing and promotions, training and point of sale warehousing.

Their product range includes food, alcoholic and nonalcoholic beverages, pet care, frozen food and home care products and almost anything you can find at your favorite supermarket. The company listed on the BSE at P3.45 per share on the 9th of November 2017 after successfully raising capital from the market through an IPO.

The Project lies adjacent to Botswana’s main North-South infrastructure corridor that includes a sealed all-weather highway, railway line and the national power grid, all of which make significant contributions to keeping the capital cost of future developments low. The project has the distinct advantage of having all the major infrastructure in place and is one of the few major undeveloped uranium projects in the world in a safe and stable jurisdiction. The strategy is to prepare the project for early development to enable the Company to fully capitalise on an expected recovery in the uranium price on the world market.

Afinitas expects a loss Afinitas which is a pan African investment holding company with a mandate to seed and develop new companies focused on investment opportunities in Africa expects to register a greater loss during its FY financial results for the year ended 31 December 2017. The results are expected on or before 30 March 2018. Afinitas has a 50% shareholding in Africa Events Limited which is an event management company. It also owns 100% of Ethiopia Investment Limited which is a permanent capital vehicle with a focus of investing in Ethiopia and a 66% stake in Adventis Limited which is developing an Africa Focused Fund.

Don’t get stuck at claims stage, get your policies reviewed, updated and renewed annually!

Market remains fairly dry even after the peak reporting season