Grandly sitting in the heart of the capital city, Gaborone, Rail Park Mall is 10 years old, and the country’s most-visited retail and lifestyle destination is marking the milestone with a month-long extravaganza from October 1 – 31.

Rail Park Mall 10-year celebrations under the theme “Decade of Safe and Amazing Shopping Experience” is billed to be the most decorated event of the year. Rail Park Mall continues to set the illustrious record of welcoming more than 900 000 monthly visitors – making it the most popular and visited lifestyle destination in the country. 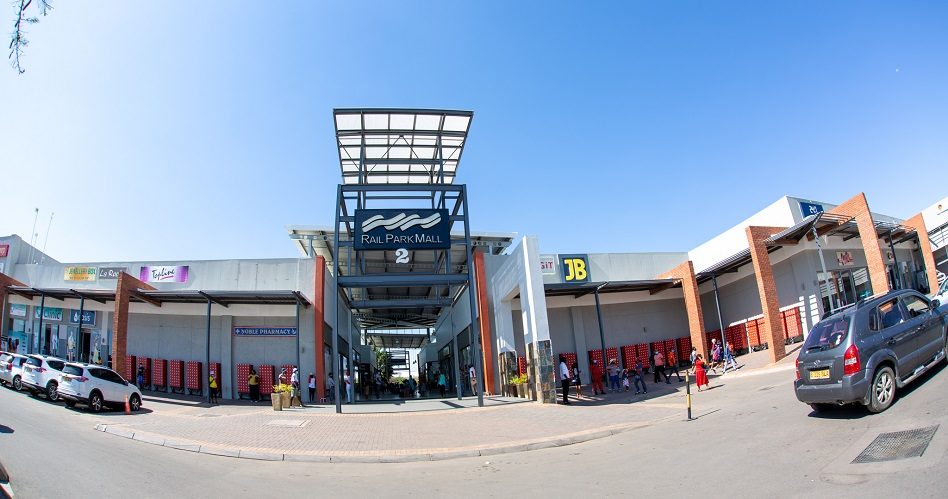 With 116 retail, food, and beverage outlets, many of them brand new or exclusive concepts, Rail Park Mall has also become a destination for food enthusiasts.

Giving a brief history of the mall, Bale added, “The planning and development of Rail Park Mall commenced in June 2009. The official ground breaking ceremony was held in September 2010 and the mall was subsequently opened for trading on 20th October 2011. The total cost of developing the mall was P336 million. Due to the central positioning of the land and the need to improve the infrastructure in the area, Botswana Railways through consultations with stakeholders compiled a development plan for the commercial exploitation of this prime land. The main objective was to come up with the best and highest use of the site to maximize income generation. The development plan established that a retail shopping centre was the optimal use of the land.”

Over the past decade, Rail Park Mall has brought tremendous value for the nation, creating over 2,000 jobs, and becoming a catalyst for growth for the retail, fashion, lifestyle, and leisure sectors.

Furthermore, Bale added, “The mall has evolved overtime in terms of tenancies, however many of the tenants that were there at the beginning have been retained. Key tenants such as Edgars and Food Lovers have exited for different reasons.”

Quizzed about the challenges over the past decade, Bale said overtime there has been a need to rebalance the tenancy mix at the mall to ensure that the mall was not overtraded in one category of similar tenancies, and this was done in 2016 through the new letting strategy.

“The amount of foot traffic that comes to the mall is the highest in the country, that means that the facilities in the mall are overwhelmed. These include the escalators and elevators. This has since been rectified by the introduction of additional escalators,” said Bale.

He said Khumo Property Asset Management, being the custodians of Rail Park Mall ensures continuance of a partnership between the tenants and the owners based on open communication.

“My role is to entrench sustainable relationships between the tenants and the landlord so that the success of the tenants is the success of the landlord. This is done by identifying problems and recognizing solutions together.  This was evident during Covid-19 era where rental leeway was given as a result of the decline in business,” adding that, “Rail Park Mall is committed to occupying an impactful role as a socially responsible corporate citizen. Rail Park Mall has made a relevant and notable contribution to the social development agenda in the education, arts, culture, health and sports sectors.”

In conclusion Bale added, “It is important to keep doing those things that have worked well for the centre as well as finding new ways that will allow the mall to keep up with the changes in the market.”

Bonyana Masu, Centre Manager of Rail Park Mall for the past 10 years, added: “No mall, anywhere in the country, has contributed so much to a community, as Rail Park Mall has in just ten years.”

“My responsibility is to oversee everything that happens in the mall. Some of the highlights or big projects that I was part of include the reconfiguration of the stalls, introduction of Edgars and the kiosks by the food court, including the celebration of our 5 years anniversary. This is only the beginning, and the best is yet to come. Having managed one and only shopping mall of its kind came with its own challenges, and we learnt and triumphed over time. We are extremely proud of the 10 years of experience, and we look forward to using it to our advantage in further making the mall a success,” said Masu.

To the tenants, Masu said, “It’s been an eventful, fun and challenging 10 years. The mall will not have been a success without their support, and we truly appreciate them. To our loyal customers and stakeholders – thank you so much for your patronage. Our mall has grown over the years because of your support. Your advises and recommendations are what made the mall what it is now, and we will forever cherish that.”

She added that the mall would continue to develop its management and services in order to have a comparative advantage among its competitors and to ensure that shoppers are given the best possible experience.

Rail Park Mall Marketing Officer, Keletso Sebogodi said among the highlights of the month-long celebration include lots of challenges and giveaways on social media, CSR campaigns such as the “Tell Your Story Campaign” as well as the “10 Days Acts of Kindness Campaign” with hashtag #DecadeofSafeandAmazingShoppingExperience and #RailParkMall10.

Sebogodi said on the big day, on the 20th October 2021, the public should expect a one-of -a-kind activation by the Molepolole Road/Western-By-Pass intersection and one in the mall.

“Over the past 10 years, Rail Park Mall worked hard to build a sustainable environment to foster a good relationship with society.”